We Have Not Doors You Need Not Keys 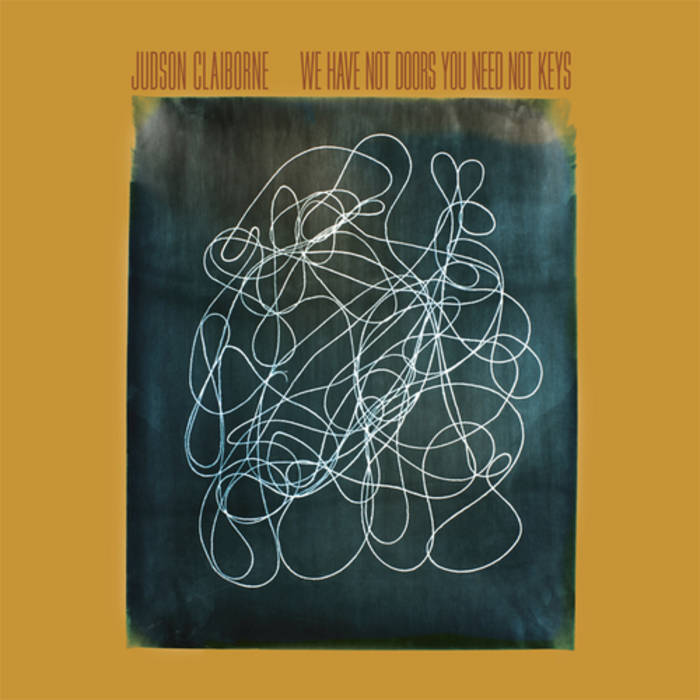 We Have Not Doors You Need Not Keys is Judson Claiborne's excellent third album, it’s their second to be released by the eclectic La Société Expéditionnaire label, this time in partnership with In Store Recordings.

Fronting the Chicago outfit is Christopher Salveter, who began writing the album after a year of intensive yoga studies. He noticed parallels between the philosophies and practice of yoga, art, and music. Salveter became intrigued by the idea that we do more communicating with our physical selves than with language; that the texture and tonality of our voices and the movements of bodies are often more expressive than written or spoken language. In presenting We Have Not Doors..., the title itself speaks to letting our collective guard down in order to communicate.

The album was recorded and mixed by Tim Iseler, who has been at the helm of all three Judson Claiborne LPs. Guest musicians include Marketa Irglova of the Swell Season, Angela James, and members of Early Day Miners, Low Skies and Darts & Arrows.

Focusing their always interesting Americana and Indie-Folk arrangements into a fully realized rock outfit, We Have Not Doors You Need Not Keys is Judson Claiborne at a their finest creative cadence. The band’s sound at times finds itself descending from the nineties Low Rock lineage of Mark Sandman and Morphine while weaving layers of
The Cure’s Disintegration era string synths and Daniel Lanois-esque atmospheric steel guitar. More contemporary comparisons to the band could be The Besnard Lakes, The Cave Singers, Father John Misty, The Heartless Bastards, and Cass McCombs.