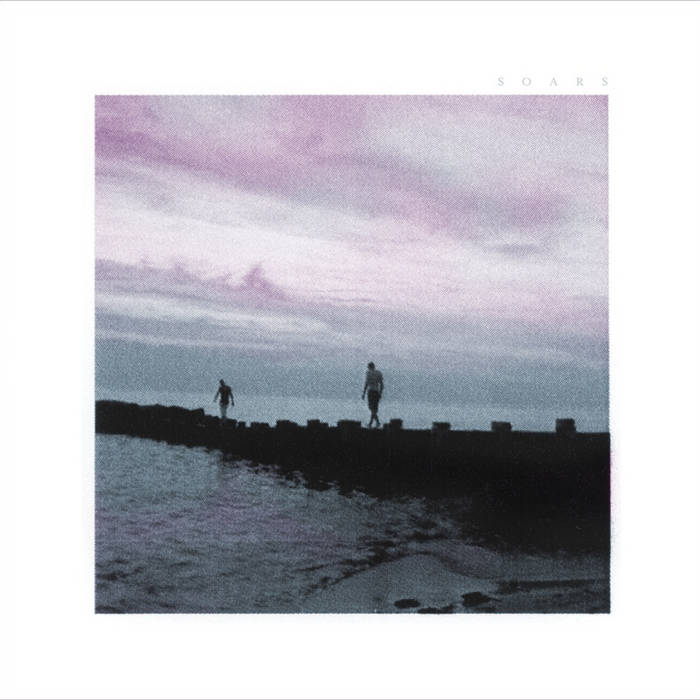 aaronmlyeva This band its amazing! Love the sounds you create <3 Please come back at least on spotify guys! Favorite track: The Sun Breaks Every Way But One.

Soars is a reflection and by-product of Eastern Pennsylvania's Lehigh Valley; a fertile creative pool over the past decade, spawning a healthy number of noise/experimental/punk artists, bands, and venues (Brother JT, Pearls & Brass, etc). With NYC and Philadelphia in close proximity, it's all too common for the artist-as-drone to flee one's breeding grounds, leaving the assiduous worker-bees to tend the hive. Comprised of four long-time mainstays of the LV's spirited independent community (members of Memes, Goodnight Stars Goodnight Air, Dark Circles and We Have Heaven), the band's atmospheric scapes of dream-pop are awash with gauzy hints of Cocteau Twins and My Bloody Valentine, propelled by lockstep industrial rhythms. While destroying and rebuilding sonic textures and lyrical myth, Soars mirrors the depth, beauty, and character of their regenerative post-decay rust-belt colony.

"Soars, in their first half-hour on record, do beguiling things with sweetness, distortion and suspense."
-David Fricke, Rolling Stone


"A gorgeously somber debut, Soars does more than impress... eight tracks of deliberative exploration that pushes past familiar and embarks on something further, something unpredictable, fresh, and new...a transcendent full-length from oscillating intro to end."
-The Deli Magazine


"...brooding excellence, a methodical spiral burrowing into the psyche"
-Sentimentalist


"They push along delicately, establishing moody elegance before ribbons of breathy words enter the mix. Like My Bloody Valentine, the balance of instrumentation and vocals are projected with paleness, but expertly considered, leaving your head floating in a dreamy wash of sadness, begging for inward reflections..."
strangersinstereo.com


"Soars’ silky and slow burning self-titled album offers an ethereal half hour of aerodynamic, cathartic sounds. Dramatic, elegant dream pop sure to fire neurons in the Slowdive/Bark Psychosis/Talk Talk part of the brain, Soars’ eight tracks congeal into a meditative yet engaging and accessible mood exploration."
-The Decibal Tolls


"Soars lock their style into something their own... this PA-based group understands how to utilize sonic textures, as well as creating an album of depth."
-Audio Milk


"Soars have done a wonderful job of reimaging the dream-pop, post-punk mood with an industrialized, martial feel. This juxtaposition of styles is thoughtful, original, and most importantly, damn good."
-RadioInOpposition.com


"a dreamy bewitchment, mixing new-wave guitar repetitions, dark Gothic undertones, dub, and electronica... There aren’t many bands that sound like this, or can sound like this. Soars’ debut is one of the best records I’ve heard this year."
-their bated breath


"..brooding excellence, a methodical spiral burrowing into the psyche.."
-Sentimentalist


"The first single, "Throw Yourself Apart" delivers its promising title by referencing sounds of the Cocteau Twins, while traveling along barefoot on its own high grass landscape– and the rest of Soars’ debut unfolds onto itself forming layers of seemingly tufted sound."
-freewilliamsburg.com


"Music can often play on memory, personal experience, dreams, and emotion. Great music can make the listener feel something they never knew existed, filling a void that was never acknowledged. This is my experience with the dreamy outfit SOARS."
-welistenforyou


"Across the record there's substantial nuance both in dynamics and style, including a throw-back Gothic gloom that we don't hear many of Soars' musical peers referencing these days."
-clicky clicky music blog


"...awash with waves of guitar that pull you about, as the vocals build wispy worlds that are alive for only minutes at a time, and can end as abruptly as they started."
-deadasdigital.com