Get fresh music recommendations delivered to your inbox every Friday.

VII Acts Of An Iron King 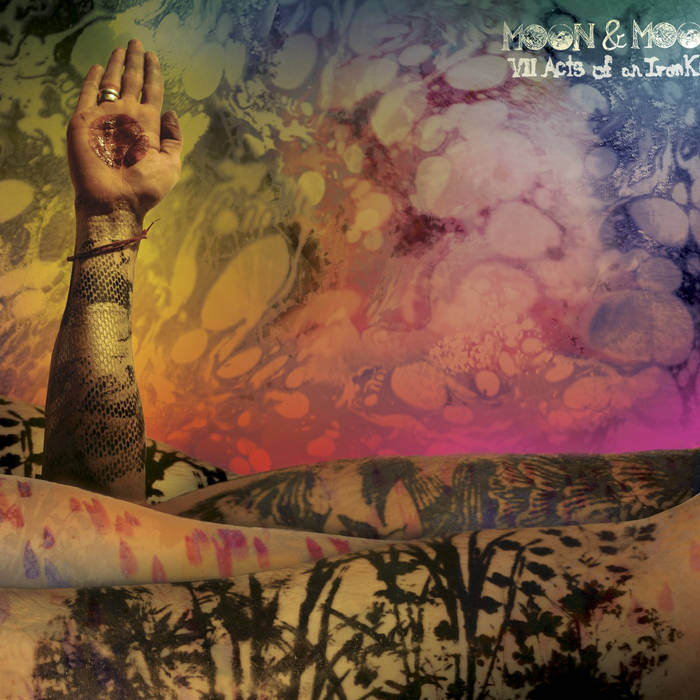 El Suchy This is probably one of the most overlooked albums in the history of the universe.

"Moon & Moon's upcoming 2008 debut for La Société Expéditionnaire looks to be as much musical theater piece as avant-rock album. Led by visual artist and singing horn player Will Lemon, the Brooklyn-based group has performed with Devendra Banhart. Natasha Khan of Brighton, UK-based Bat for Lashes has sung Lemon's praises in interviews.....The album will come in acts, and Lemon has made a corresponding block print for each one. "Act II (Hands of a Man)" opens like the more dialogue-heavy portions of "Revolution 9". The sound of sword against sword fills the air, and a young soldier asks, in a twisted voice, "What am I doing? Am I just working here?" The cast also includes seven-year-old Olivia Galarza, who narrates, and additional vocalist Stephonik Youth. A motorik groove settles in as Lemon growls, "When I was a child, was I not bright?" The Iron King, who apparently sent the soldiers here, doesn't answer. But (instruments) moan, spoken-word snippets reverberate, and victims can be heard fruitlessly begging for help from the men who will kill them."
-Pitchfork

Produced and engineered by Matt Boynton.