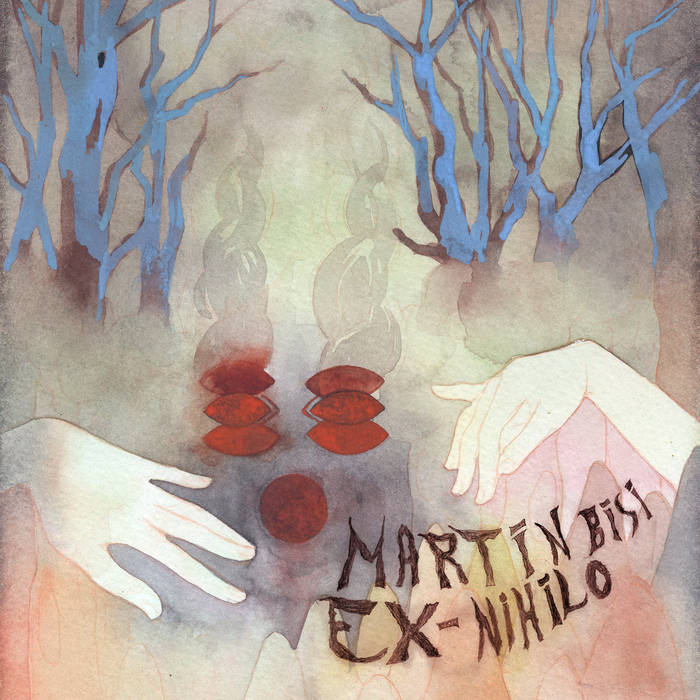 
Ex Nihilo is a journey through time and the solar system, with operatic mermaids and chanting animist practitioners. A crash course in post-punk sound anarchy, avant gardist doom and freak lucid dreaming

Ex Nihilo is Latin for “out of nothing” or “from nothing;" a reference to the creative process, whether by the individual, society, or evolutionary/divine forces

A darker tone dominates the record compared to his last couple releases, with an exploration of the psyche and catharsis. The ritualistic sensibility (reminiscent of his 1988 album Creole Mass) is conveyed with a shift to more repetitive drumming, and repetitive chant-like vocals.

The chaos of sound and group vocals is inspired in part by the upheavals of the financial crisis, including street protests in the sonically impressive glass canyons of lower Manhattan, and the drama of the times and New York City in general - the brass on “Sin-Love-Hate” was inspired by the sound of marching bands on the streets of Manhattan.

Ex Nihilo also captures Bisi's production style of sonic excess and dense layering. Bisi plays all the instruments, except for the drumming of Billy Atwell (who also played on Bisi's previous Sirens Of The Apocalypse). The exception is "Fine Line” which has Brian Viglione of Dresden Dolls drumming. Opera singer and theater personality Amanda White contributes the dramatic female vocals on several songs.
There are also sampled cameos from current Bisi productions of White Hills, and Woman, on the album opener, "Nihil Holy," and of The Stumblebum Brass band on “Sin-Love-Hate.”


"The audio equivalent of an Alejandro Jodorowsky film, magnificent in scope and completely unique. Bombastic angelic choirs encompass the songs like a Greek chorus...Bisi explores the lascivious nature of religion, the Bible’s sex and violence....It’s majestic, surreal and sultry, a mass for the miscreants and outsiders of the world. Genuflect and beg for mercy, but never be sorry."
- The Big Takeover

"Thanks to the recent resurgence of young New York bands vested in the dark and heavy, Martin Bisi and his aesthetic have enjoyed something of a resurrection. Like a house of horrors haunted by a medieval choir and a free jazz band that delights in fright, Ex Nihilo is an hour-long crawl through sinister madrigals and malevolent soundscapes. It's a fitting if fitful encapsulation of Bisi's legacy."
-Grayson Currin, Indy Week (Chapel Hill NC)

"Ex Nihilo contains more thorny art rock with a touch of cabaret affect, not too far afield from what Bay Area groups like Sleepytime Gorilla Museum are up to. Bisi can also be a bit Zappa-esque in his predilection for caustic humor. Despite resemblances to the musicians mentioned, though, Bisi is really on his own trip, playing most of the instruments on the album and concocting some truly bizarre lyrics."
-Metro Pulse (Knoxville TN)