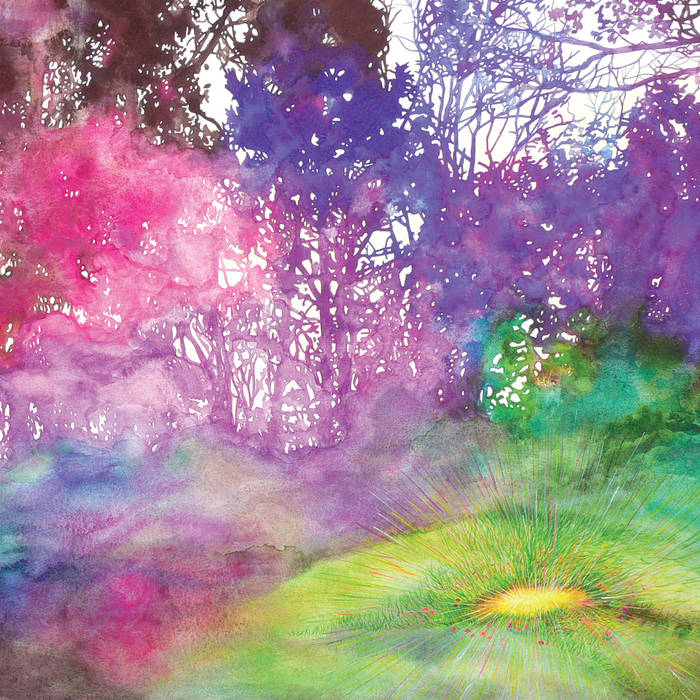 Lewis & Clarke takes us on a "Post-Folk Neo-Baroque" journey through the intricate mysteries of creation. The experience is one of pure subtlety and mind-altering vision, focusing on "the path" rather than obvious hooks, snares and entrapments. Nylon stringed and bowed instruments are set to transcendental verse and laced with future-primitive synth melodies, transporting us from structured chamber folk into meditative passageways. Contributions from members of Man Man and Rachel's.


"Its obvious that this album is a keeper...perfectly crafted, well executed, and earnest in its intent. Blasts of Holy Birth is thoroughly enjoyable, and it would rest snugly beside your copy of Pink Moon and Brightblack Morning Light. In aiming to create music that is emotionally pure, Lewis & Clarke has released one of the best of the year."
-Prefix

"The melodies are exquisite, as delivered by an impressive array of strings, percussion, and Rogai’s own direct, unforced vocals...This is a band that more than deserves its growing acclaim."
-Pop Matters

"Rogai has a gift for speaking plainly while tonguing poetry, and his meditations on life cycles and pastoral philosophy blossom and collapse with organic grace...Contributions from Man Man, Rachel's and Hella might draw people in to Holy Birth, but Rogai's cloudless crystalline vision will keep them."
-A.V. Club (The Onion)

"A profound work of earthy, orchestrated new-folk, Blasts Of Holy Birth raises the bar for both listeners and players...An expose of grace, beauty, peril, triumph, and the interconnectivity of all things. Meshing gorgeously hushed melodies and plucked guitars with baroque string arrangements and ethereal pulses and surges, Lewis & Clarke has crafted a transcendent work of epic proportions."
-Impose Magazine

"The eight tracks here are protracted and whisper-quiet yet engaging, with a constant tug of sorrow that satisfies..Rogai exhales poignant lyrics and juggles elegant instrumentation with a revolving cast that includes members of Man Man and Rachel's..Fans of Iron & Wine and ilk would be wise to prick up their ears."
- HARP

"Blasts of Holy Birth is a much quieter affair whose beauty lies in its intricacies...a mystifying and ultimately solid and thrilling album."
-411mania.com

"This is psychedelic in a halcyon sense, as moments expand and bring warmth to the listening experience. Rogai and company play with space here, a feat that yields results that range from warm undertones to grandiose exultation."
-Cleveland Free Times

"Don't expect to approach Blasts of Holy Birth as a one-hit, catch-and-release affair, as Rogai and his collaborators have culled a set of melodies that achieve a haunting beauty...it is more than a collection of songs...each listen unearths a new layer...restrained aggression often apparent in classical symphonies but rarely accomplished in a pop music setting."
-Lost At Sea

"Intriguing neo-folk classics that are bundled into meditative rhythms that boast an out-of-body experience...The title track will haunt your soul for an eternity; this is an album you simply must own."
-Smother.net

"A deeply personal record, crafted with a subtle hand that lends to multiple new awakenings with each new listen...Rogai's centerpiece, 'Before it Breaks You,' takes to task combining the many strengths and mysterious hidden mazes of Holy Birth, into a ten-minute epic capable of producing both tears of remembrance and a third-eye vision, should the listener indulge enough in it's multiple folds. "
-Donewaiting.com

"The mystical side of (Lewis & Clarke) is heightening...thoughtful, lightly philosophical, exploratory folk with a rustic, natural-world mood."
- Erasing Clouds

"Blasts of Holy Birth is gorgeous. It's superbly articulated and ideally presented with an appropriate production whose highlights are warmth, delicacy, and prettiness...it's not only the mixture of instrumentation and the aplomb with which each instrument's part is in total harmony with the rest; it's the way all these players are presented to the audience, with each sonic character being an element of delicate beauty."
-Maelstrom.nu

"Kaleidoscopic layering over sophisticated lines, the rosy folk songs within are tasteful, only bordering on sentimental, and graciously free of pretense...reverent, almost hymnal in quality."
- The Aquarian Weekly

"The music and lyrics are gorgeously rustic, spacious, somnolently elegant and entrenched in the woodsy surroundings that inspired them."
-Philadelphia City Paper