Bare Bones And Branches (US) 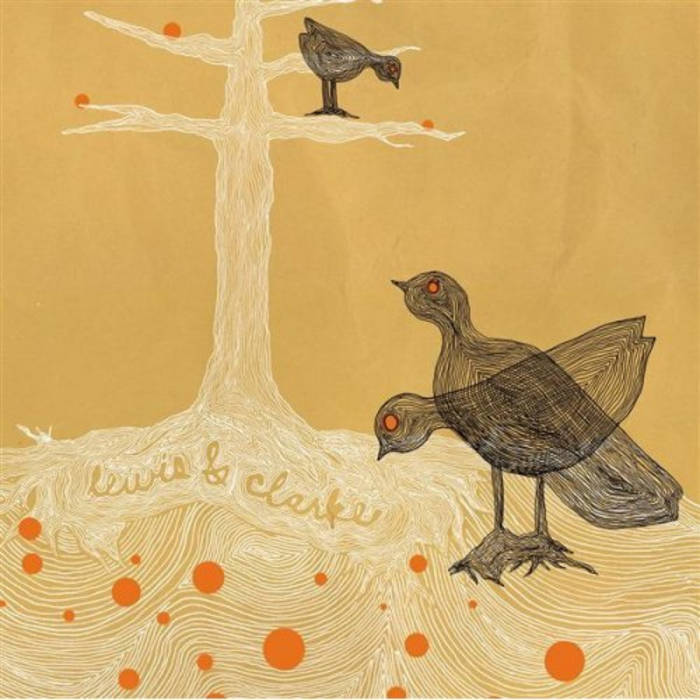 We are proud to offer the digital-only release of this treasured out of print debut. This is the 2005 US release version (originally released on Summersteps Records) which features alternate tracks, mixes, takes, and artwork from that of the 2003 Delboy release.

With Bare Bones and Branches, Lewis & Clarke deliver a timeless and masterful debut full-length, taking us to the place between the clouds and the cold hard ground...to the desolate field of roots and marrow where dreams blur and we face our essence. Lou Rogai invites us along with a formidable musical search party to reveal rich layers of restful splendour and unimitable nuance. It is the soundtrack of where nothing ends and everything begins...a glimpse into the soul.

Bare Bones and Branches comes on with a whisper and delivers with rapturous impact nine unnassuming songs-blending delicate guitar fingerpicking,electric reverberation, hammond organ and rhodes piano with bittersweet layers of vocal harmony laced with lap steel. The understatement of the textured arrangements are adorned with a lyrical balance between poetic ambiguity and striking brevity, an antidote for the psychological repercussions of our hastening cubist society.

Originally released in Europe by the Delboy imprint in the fall of 2003, the Summersteps version contains three different tracks, as well as alternate takes, mixing, mastering and artwork. The Delboy release was slated as one of the top 50 albums of 2003 by Nameless Magazine-among the likes of Cat Power, Grandaddy, Bonnie "Prince" Billy, Mogwai, and Radiohead.

"Lewis & Clarke has carved out its own niche thanks to the lush arrangements of its debut, 2005's "Bare Bones and Branches."
- Billboard

"Bare Bones and Branches is moody and careful, resigned and gorgeous. It’s pop at half speed, or it’s country noir, it’s new folk, or maybe we’re calling it slo-core, I’m not sure, but it’s going to drown us in a sort of delicate, well-read, mellow flood. I think it’s a good way to go."
-Alarm Press

"This is the sound of the leaves falling, the sight of rolling hills revealed through a lattice-work of barren branches, the scent of woodsmoke, moss on the northern side of a nearly-naked tree...a sincerely brilliant piece of work...something unique, equal parts alt-country and chamber folk, sophisticated yet rustic."
-Crown Dozen

"A whisper of an album, lovely without being precious, moody without being beleaguering. The band's only full-time member, Rogai is sheepish and articulate. He's a mild lyrical eccentric-"The sky is mint green jealousy" -and he knows how not to crowd a song."
- No Depression

"Bare Bones and Branches is a pure music experience that whispers half-remembered truths to the soul, as Rogai easily soars above so-called "acid folk"/"freak folk" conventions by exhibiting amazing clarity and a sense of spaciousness in his songs... striking in its authenticity and ability to convey empathy and even inspiration. It is gentle and wild, an abundant feast of simple fare that nourishes the heart."
- The Morning Call

"Rogai always finds a quiet place for solace, capturing the smallness of everyday despair with a laid-back balance of precision, warmth and regret."
- Alternative Press

"Its a shining example of the fact that there is much uncharted territory to explore in this field of music, often-decried of all sounding the same. “Bare Bones and Branches” is a blast of fresh air, just like Gastr Del Soul was when I first heard them, just like Richard Buckner was, hell, like Grateful Dead was when I dropped my pre-existing resistance and listened to American Beauty for the first time with open ears"
- Outside Left

"Soft guitars and infectious melodies drew me into a trance when this album was playing. It's pure, charming, heartfelt acoustic folk that is soothing from beginning to end."
- Impact Press

"Lewis & Clarke, or Lou Rogai to be more exact, treads the territory of Papa M and Iron & Wine very well, and to be on par with such talent should be a hint to the quality found on this album....It’s a well-trod genre, but with acts like Lewis & Clarke still surprising us with such simple, melodic insights, maybe we should all just make room for one more."
- Exclaim

"(Bare Bones and Branches) is time-friendly, interpretively communicative and complete. It's the little black dress of music when the Stones flash a few too many sequins. It's the violet '69 Jaguar convertible in the wheat field: honest, cute, and terribly desirable."
-Lumino

"(Bare Bones and Branches) shines an intelligent revelatory light into the heart of life and love."
-Detroit Metro Times

"This group is spot-on...meandering melodies on a spool of reflective vocal lines, and sometimes unorthodox song structures... like an up-tempo visit to Scarborough Fair."
- Rockpile

"The best songs on Bare Bones and Branches recall the Stones of Dead Flowers....Or maybe the fagged-out Pavement of Wowee Zowee."
- Indieworkshop.com

"With the first leg of their voyage complete, the band has already penciled in a worthy addition to the folk music map. The songs are stretched to their fullest extents, occasionally meandering through long instrumentals as if to make sure nothing was missed along the way. Expeditions are always subject to wrong turns and missteps, but Bare Bones And Branches rarely strays. After their round trip, Lewis and Clark, explorers, returned home exhausted. For Lewis & Clarke, musicians, it sounds like they’re just getting started."
- Coke Machine Glow

"Bare Bones and Branches features full-band accompaniment, it feels very much like the statement of an individual, bearing a plaintive intimacy most often associated with the lone troubadour....Bare Bones and Branches is also highly melodic, richly arranged, and extremely compact - an artistic statement nearly as impressive as it is cohesive."
- Delusions of Adequacy